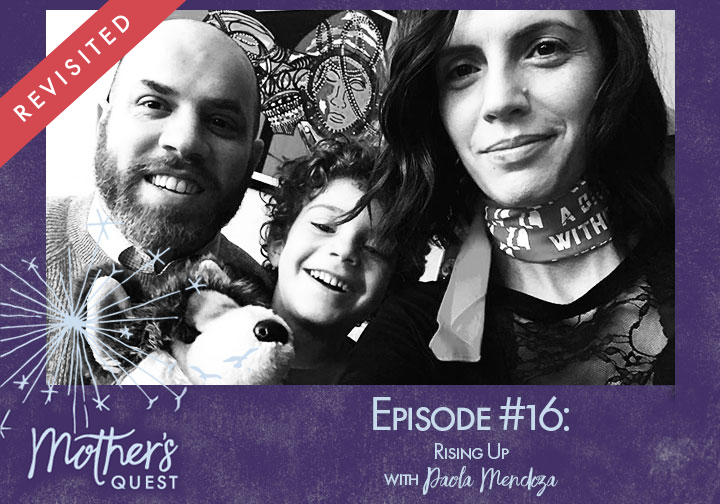 In the wake of the reversal of Roe v Wade, 49 years since women finally received the constitutional right to abortion, women across the country are rising up to have our voices heard. I knew this moment called for bringing back this powerful 2017 conversation with mother, filmmaker, author, and activist Paola Mendoza.

This interview occurred just over five years ago, months after the first Women’s March, which Paola helped create as their Artistic Director, and days before the Day Without a Woman Strike. As this episode reaches you, women are preparing to gather in Washington D.C. again in another mass protest. Whether or not we go to a protest, I hope this conversation reinspires us to get active again, participate and lead the political charge. Because as Paola tells us “we need to remember we have the power to create the world that we want but we all have to be engaged.”

You can listen to Paola’s abortion story here which she tells in a video series from The Meteor, a collective of writers, filmmakers, organizers, and artists who are committed to moving the world forward against injustice.

Just before the 2020 election, I had the honor of interviewing Paola again with the co-author Abby Sher, of her thought-provoking novel Sanctuary. You can listen to that powerful episode next here.

Check out the full shownotes from the original episode here: Ep 16: Rising Up with Paola Mendoza