Revisited: Beyond the Trauma: Legacy, Compassion and Change with Mothers Against Police Brutality Co-Founder Sara Mokuria 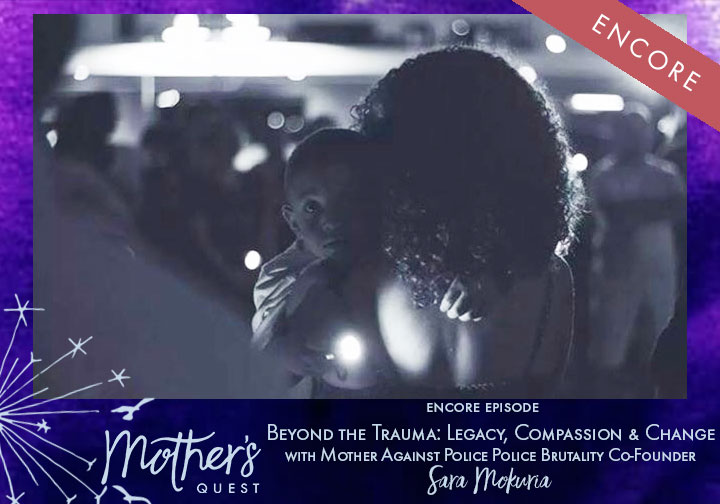 I wanted to bring this encore conversation with Mothers Against Police Brutality’s Sara Mokuria in a week where so many of us have been grappling with the issue of police violence and what we can do about it.

I know many of us have been searching for some action we can take about this issue and I want to encourage you to listen to this conversation with Sara Mokuria, one of the co-founders of Mothers Against Police Brutality. She will give you insight and advocacy steps from her own experience losing her father. And then, make a donation to Mothers Against Police Brutality, an organization that is seeking change by addressing policy and building police accountability, beginning in Texas but with nationwide impact.

As you listen, I hope you’ll consider making a donation to Mothers Against Police Brutality and I also challenge you to identify just one person who you can share this episode and this call to action with; together we can start to take steps in the direction of police accountability. Now here is my conversation with Sara Mokuria.

Time Sensitive Opportunity To Join Me and Nicole Lee

One of those guides, Nicole Lee and I, decided we’d like to collaborate on a four-week offering to hold space for learning, growth and solidarity through weekly zoom conversations. If you’re interested in joining, email me ASAP at julie@mothersquest.com or comment on our live conversation today in the Mother’s Quest group and I can give you more details.

Click [here] to watch the Zoom conversation in the Mother’s Quest Group.