EP33: Beyond the Trauma: Legacy, Compassion and Change with Mothers Against Police Brutality Co-Founder Sara Mokuria 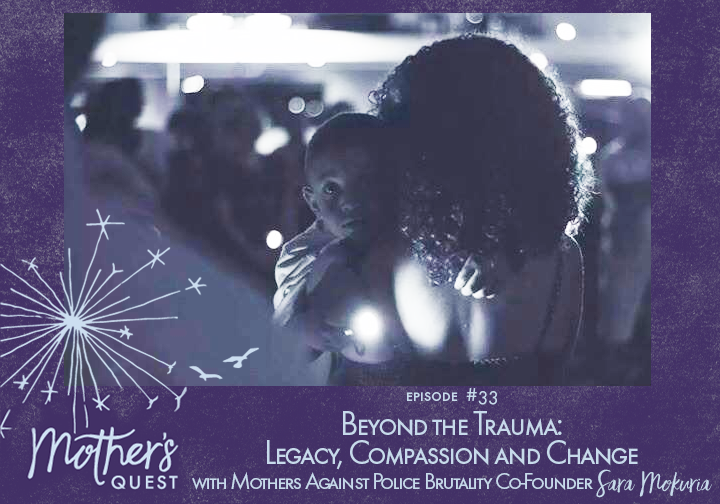 I’m honored to have shared three episodes in this series of conversations for the Women Podcasters in Solidarity Initiative. I created the Initiative to build awareness and raise dollars for Anti-Racism and the Movement for Black Lives.

Coming soon: visit www.womenpodcastersinsolidarity.com for the complete list of episodes created by other podcasters who pledged to the initiative.

A year ago on December 1st, I launched the Mother’s Quest Podcast as a birthday present to myself. It’s hard to believe that another personal birthday and the first birthday of the podcast is almost here.

I’d love to celebrate by highlighting your stories and how the podcast or Mother’s Quest Community has helped you to live your E.P.I.C. life. Go to mothersquest.com and use the speakpipe tool to leave me a 1-2 minute message for a chance to be featured in this season’s finale.

Everyone who submits will also be entered into a drawing for a free signature coaching session from me and some other prizes from other amazing moms in the Mother’s Quest Community. Can’t wait to hear your stories and celebrate with you. You’re a mindful mother. And being present for your children in these years when you’re raising them is your highest priority. You’re also committed to making a positive impact in the world, something that feels even more important with all the challenges we currently face.

If the description above sounds like you, the Virtual Mother’s Quest Circle Pilot, may be right for you.

This signature offering provides inspiration, coaching and community to spark your E.P.I.C. life with intimate virtual reflective sessions over 3-4 months.

Click http://mothersquest.com/virtualcircle/ to learn and apply. The group will start as soon as I have a committed number of participants so don’t delay if you’re interested. Questions? Email me at julie@mothersquest.com

If you haven’t yet visited the website, head over to www.mothersquest.comto explore some of the ways you can get more connected. At the site, you can sign up for our email list (to get show notes delivered to your inbox and our new “Mothers on a Quest” features), click the link to join the Facebook group and press record to leave a voice message for me. You can also download the FREE Live Your E.P.I.C. Life Planning and Reflection Sheets.