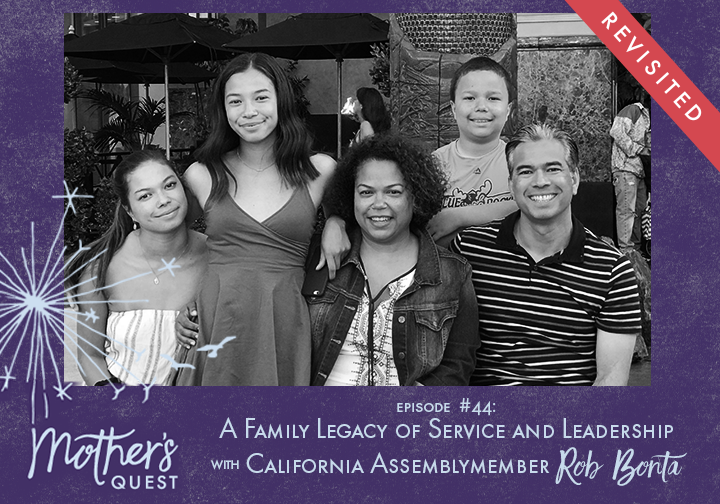 Hello, and welcome to the second special episode this month of the mother’s quest podcast in honor of Father’s Day! With someone I’ve known and admired for over a decade through our connection as alternatives and action, California Assemblymember Rob Bonta. This month of June has been a time to focus on the amazing fathers in our lives, it’s also been primary election month in many communities.

When I thought about who I could interview who was both an amazing father and committed to a life of public service, Rob immediately came to mind when we pressed record on this interview. Rob has just been elected for a fourth term to the California state assemblies 18th district, where he represents the cities of Oakland, Alameda, and San Leandro and in 2012 became the first Filipino American legislator in the 165-year history of California.

From a young age, Rob saw and experienced firsthand how those with limited power and wealth were so frequently cheated and taken advantage of by those who hold both. With his parents teaching him that harm against one is a crime to all, Rob made the decision to become a public servant– serving justice for those that hailed from his circumstances.

Growing up and becoming a legislator, Rob rose to become a national leader on criminal justice issues and is the first Filipino-American to serve as California’s Attorney General.

Check out the full shownotes from the original episode here: Ep 44: A Family Legacy of Service and Leadership with California Assemblymember Rob Bonta